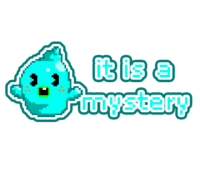 Super Moshi is the character you play as and thus the proganist of the Super Moshi Missions.

You are enlisted with the Super Moshis when accepting Elder Furi's gift and will be given your job when approachin the Volcano which is secretly Moshi HQ. The benefits of being a Super Moshi to Moshi Monsters is that you have access to more Moshlings and you gain XP and Rox from finishing missions.

Super Moshi is often the "straight monster" towards strange situation and full of trickery, as they manipulate people (friends and foes!) in order to achieve their goals. Super Moshi is genuinely involved, concerned and devoted, depending on your optional questions. They have no idea who Zack Binspin is.

Depending on what monster you picked when creating an account, that monster will be your hero. So they are either a Luvli, Diavlo, Zommer, Furi, Poppet or Katsuma, in the colour scheme of your picking, dressed in the Super Moshi outfit.

Super Moshi often dresses up in an outfit that obscures the body to grant the game developers artistic freedom of not having to draw six separate characters for certain minigames and scenes.

Retrieved from "https://moshimonsters.fandom.com/wiki/Super_Moshi?oldid=275500"
Community content is available under CC-BY-SA unless otherwise noted.