Percy the Landlubber Pelican is a character in Moshi Monsters, who can be seen at both The Port and Bleurgh Beach. Percy makes a cameo appearance in Katsuma Unleashed, where he flies from Buck's ship and around Port Moshi in the background. He can move quite freely around the screen, too.

Main
Percy was once part of Captain Buck's seaworthy crew on the CloudyCloth Clipper. But after challenging a pesky pirate to fight, then backing out at the last minute, Percy was so embarrassed that he decided he would have to put his swashbuckling sailing career behind him - at least for the time being.
Pirate perch
Percy sometimes hangs out with his old shipmates, Cap'n Buck and his crew. Buck's pirate hat provides a cosy resting place before he returns to dry land.
Beached birdie
Percy loves hopping from roof to roof across Monstro City. The rooftops offer this nosy pelican a perfect bird's-eye view of the city below. Although he is happiest with both feet on the shore, Percy likes to watch the boats and his old seafaring buddies coming into The Port.
Data file
Hangout: The rooftops of Monstro City
Often spotted: At The Port - on dry land!
Likes: Listening in to monsters' conversations.
Notes

Percy once challenged a pirate to a duel, chickened out and vowed never to sail the high seas again. A self-confessed landlubber, Percy doesn't miss the ocean at all and happily hops from roof to roof for entertainment.

Long ago, Percy ran away from a duel with a fearsome pirate, and vowed never to go to sea again. 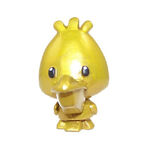 Add a photo to this gallery
Retrieved from "https://moshimonsters.fandom.com/wiki/Percy?oldid=263081"
Community content is available under CC-BY-SA unless otherwise noted.