Jarvis the Pointy Pinkipine is an ultra-rare Moshling in the Yuckies set in Moshi Monsters. They are a porcupine with ironically squishy spikes. Jarvis often end up frightening off others because of their spiky appearance.

Jarvis did not see a release inside of the original online game. They instead made their obtainable debut in Moshi Monsters Egg Hunt where they can be obtained by daily egg hatching.

It's not easy making friends when you're as prickly as a Pointy Pinkipine but these super-friendly Moshlings try their best, snuggling up to passers-by whenever they can. Unfortunately they usually end up frightening off potential friends before they get a chance to explain that their spikes are incredibly squishy! 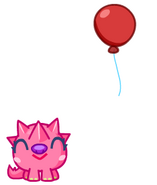 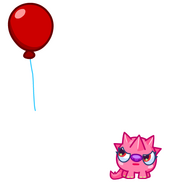 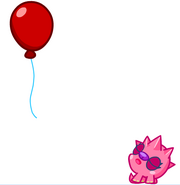 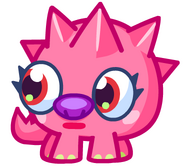 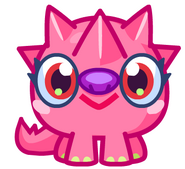 An email confirming Jarvis is in the Yuckies set.

Jarvis with a leg in the air.

Retrieved from "https://moshimonsters.fandom.com/wiki/Jarvis?oldid=277074"
Community content is available under CC-BY-SA unless otherwise noted.