The Food Factory collectables are the twelfth series of Moshi Monsters collectable figures, manufactured by Vivid Imaginations. They were released in January 2015. 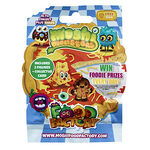 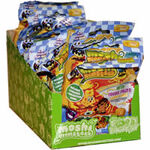 On display at the London Toy Fair 2015
Add a photo to this gallery
Retrieved from "https://moshimonsters.fandom.com/wiki/Food_Factory_collectables?oldid=277730"
Community content is available under CC-BY-SA unless otherwise noted.