Dinky the Woeful Welliphant is an ultra rare Moshling in the Cuties set in Moshi Monsters. They are a baby elephant in welly boots. Dinky performs in a circus. They can easily become petrified of getting their feet wet.

Dinky did not see a release inside of the original online game. They instead made their obtainable debut in Moshi Monsters Egg Hunt where they can be obtained by daily egg hatching.

It's not easy being a Woeful Welliphant, but you'd be upset too if your mum made you wear titchy wellies. You see these doleful Moshlings are petrified of getting their tootsies wet, so they wear tiny boots that won't come off, even when they are performing their tightrope routines at the circus. 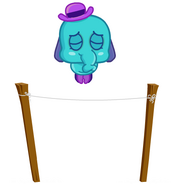 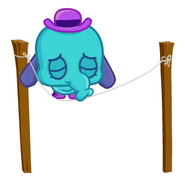 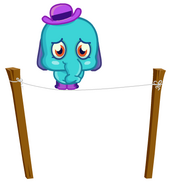 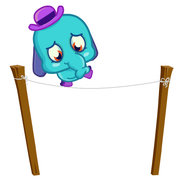 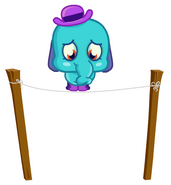 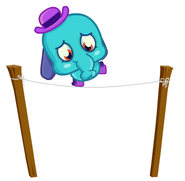 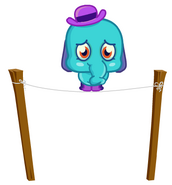 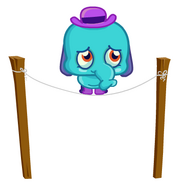 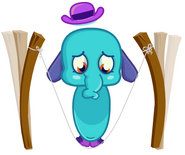 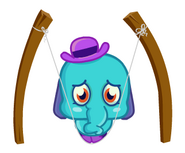 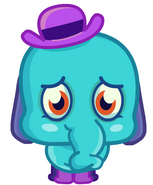 Dinky's collector card
Add a photo to this gallery

Series 10 Figures artwork
Add a photo to this gallery

Retrieved from "https://moshimonsters.fandom.com/wiki/Dinky?oldid=280062"
Community content is available under CC-BY-SA unless otherwise noted.