The Design a Moshling Contest 2017 (also known as the DAM 2017) is the fourth 'Design a Moshling' competition. It ran from 25th May 2017 until 31st July 2017. Unlike previous years, winning designs for this contest will be added to the Moshi Monsters Egg Hunt app, rather than the online game, Moshi Monsters.

The three winning designs will be turned into an official Moshling in Moshi Monsters Egg Hunt.

On the 10th October 2017, the three winning designs were revealed via social media. They were later revealed to be Woodsworth, Wrangle and Ramsy when they were added to the Egg Hunt app via a beta update. Unlike previous contests, the creators were never credited for their creations. 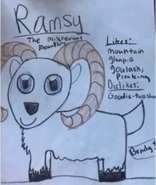 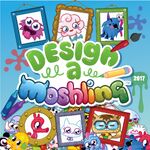 Announcement
Add a photo to this gallery
Retrieved from "https://moshimonsters.fandom.com/wiki/Design_a_Moshling_Contest_2017?oldid=273649"
Community content is available under CC-BY-SA unless otherwise noted.