Cosmo the Mini Moshulator is an Ultra-Rare Moshling in the Techies 2.0 set in Moshi Monsters. They are a calculator. Cosmo loves it when others push their buttons. They can make quick mathematical calculations.

Able to calculate the cost of a billion gooberries in seconds, Mini Moshulators are the friendly Moshlings you can count on – literally because they love having their buttons pushed. Press ‘em in a certain order and they might even hand you a printout of a popular equation and beep a fraction of a tune.

Despite being a master Moshlingologist, my maths is pretty awful. That's why I keep a Mini Moshulator in my bag. Able to calculate the cost of a billion gooberries in seconds, these friendly Moshlings can be counted on in any situation - literally because they love having their buttons pushed. Press 'em in a certain order and they may even hand you a printout of a popular equation and beep a fraction of a tune. But never put one near a Mini Moshifone, because thanks to a new app, Moshifones are now better at sums!

Main
Cosmo and the other Mini Moshulators could give Monstro City's brainiest brainiac, a run for her Rox. Give the Moshulators a number problem to solve, press a few buttons, and these mighty math Moshlings will have the answer for you before you can say "gooberies!" Just be careful not to press to many buttons at once or they might burst a battery.
Math haven
Peace and quiet is just what a Mini Moshulator needs when tackling monstrous equations. And where better to find in inside these drawers on Honeycomb Hill?
Number crunchers
You can always count on Cosmo and the other clever calculating critters. They'll be your BNNs (Best Number Nerd) if you give them an exam, especially if it is full of long division calculations. The more complicated the better, because Moshulators can calculate the cost of a billion gooberries in seconds!
Data file
Moshling type: Undiscovered
Species: Mini Moshulator
Habitat: Honeycomb Hill
Often spotted: Hiding in drawers
Side-notes 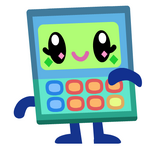 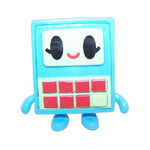 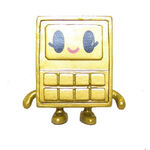 Retrieved from "https://moshimonsters.fandom.com/wiki/Cosmo?oldid=272021"
Community content is available under CC-BY-SA unless otherwise noted.