Bentley the Supah Loofah is a Ultra-Rare Moshling in the Sploshies set within the Moshi Monsters franchise. They are a sponge who is used as a back scrubber by rich Monsters. Bentley can hold half of the ocean's water.

Bentley's name is likely derived from the Bentley-branded sponge.

I read that Supah Loofahs were once used as back-scrubbers by rich monsters, so I thought I'd give one a try. It was quite delightful as I'd been trying to get a Tickly Pickle's itching powder off my back all week. Apart from their soothing qualities, Super Loofahs are helpful little Moshlings who can hold half an ocean's worth of water in their squishy bodies. And that's just as well 'cos if they stay in the sun for too long they dry out and crumble to bits. That's why it's always good to have a Magical Tinkler on hand if you decide to go looking for Supah Loofahs during a heatwave.

Once used as back scrubbers by rich Monsters, Supah Loofahs are the helpful little Moshlings that can hold half an ocean’s worth of water in their squishy bodies. And that’s just as well ‘cos if they stay in the sun for too long they can dry out and crumble to bits.

Main
Supah Loofahs like Bentley may be tiny, but they can soak up an ocean's worth of water! Never drop one in Potion Ocean or there will be a Fishie mutiny on your hands! Posh Moshi monsters used to use Supah Loofahs to clean their hairy backs, but these spongy critters are much happier soaking up water than they are scrubbing.
Shower power
Supah Loofahs love spending hours soaking under a steaming hot power shower--as long as there isn't a bottle of shower gel in sight. They hate getting the bubbles in their eyes!
Lounging Loofahs
You'll find Bentley and the other Supah Loofahs chillin' out at Reggae Reef, soaking up the water and cool vibes. The spongy Moshlings always sit in the shade though, as the sun causes them to dry up and crumble into lots of pieces. Disaster!
Data file
Moshling type: Undiscovered
Species: Supah Loofah
Habitat: Reggae Reef
Often spotted: In bathrooms across Monstro City
Notes

Power showers and being squished. 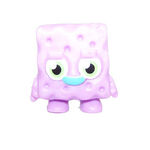 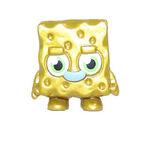 Moshling Rescue! Hawaiian Bentley
Add a photo to this gallery

Retrieved from "https://moshimonsters.fandom.com/wiki/Bentley?oldid=263133"
Community content is available under CC-BY-SA unless otherwise noted.